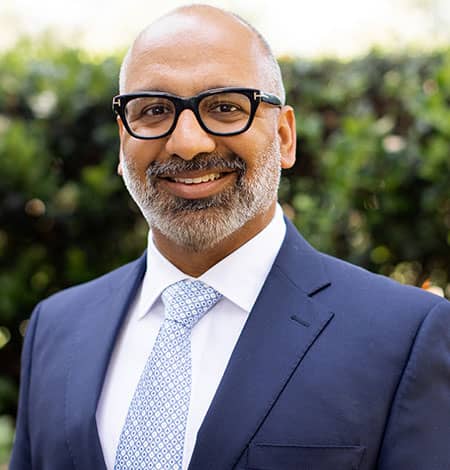 Kashif Haque has been named class counsel in over 100 class action cases and helped secure the largest sexual abuse/personal injury settlement ever against an educational institution. He has obtained over a billion dollars on behalf of plaintiffs through trial, arbitration and settlements.

As a result of his success in and out of the courtroom, he has been named amongst the ‘Best Lawyers’ as published by U.S News and World Report, one of the Top 50 lawyers in Orange County by Super Lawyers, Top 5 employment lawyers in Orange County by the OC Register, the publishers of Los Angeles and Orange Coast Magazines have selected Mr. Haque as a Super Lawyer every year from 2009-2021. This honor is limited to the top 2.5% of all lawyers in California. Mr. Haque is a member of the Million Dollar Advocates Forum, a register of select attorneys who have obtained a verdict greater than a million dollars.Mr. Haque received his law degree from Washington University in St. Louis where he was an Editorial Board Member of the Law Review and Executive Board Member of Moot Court. He received his Bachelors of Science in Business Administration from the University of Central Missouri where he was selected to be a member of the Beta Alpha Psi honors fraternity where he was a finalist for the Charno Award, given to a single student whose “character [is] without reproach.”Mr. Haque is admitted to practice in California. He is a frequent speaker on class action and employment law topics before various bar and professional organizations. In addition to being a sought after speaker, Mr. Haque is a contributing author for the CEB Wage and Hour Law and Litigation practice guide and “Wrongful Termination Strategies: Leading Lawyers on Handling Employment Discrimination and Retaliation Cases” by West Publishing. He was also the 2015 Chairman of the Orange County Bar Association – Labor & Employment Section. He is admitted to practice in the state of California as the federal courts in Central, Northern, Eastern, and Southern Districts of California, including the Ninth Circuit Court of Appeals.