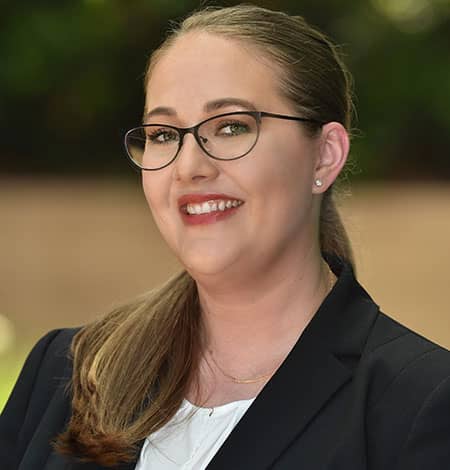 Ali S. Carlsen is an associate attorney with the Aegis Law Firm. She specializes in representing employees with claims of sexual harassment, workplace discrimination, retaliation, wrongful termination, misclassification, and wage and hour violations.

Ms. Carlsen earned her B.S. in Criminal Justice Administration from California State University in 2008 and earned her J.D. from Golden Gate University School of Law in 2012. While attending law school in the evening, Ms. Carlsen worked full-time as a field representative for two of the largest consumer electronics manufacturers in the world. She earned numerous awards in her litigation classes and was selected to compete on the mock trial team.

Ms. Carlsen was born in Utah and currently lives in Laguna Niguel. She is admitted to practice in all state courts in California.